Alimentation Couche-Tard Inc. and the French grocer Carrefour SA have abandoned takeover talks but have decided to extend their discussions to examine opportunities for operational partnerships.

Couche-Tard was hoping to win the french government’s blessing by offering commitments on both jobs and France’s food supply chain.

Moreover, The Laval-based convenience store chain was planning in keeping the merged entity listed in both Paris and Toronto, with Carrefour boss Alexandre Bompard and his Couche-Tard counterpart Brian Hannasch leading it as co-CEOs, one of the sources said.

But the finance minister reiterated his opposition without listening to the terms of the transaction. A source from Reuters said any such deal should not be revisited before France’s presidential elections in 2022.

" Food security is strategic for our country so that's why we don't sell a big French retailer. My answer is extremely clear: we are not in favour of the deal. The no is polite, but it's a clear and final no."

What will happen next for the negociations?

Couche-Tard initially explored the possibility of pursuing its offer despite the government’s stance on the deal but has raised a white flag. Carrefour won’t be acquired by Alimentation Couche Tard at the moment.

Indeed, The Laval-based convenience store chain and Carrefour SA issued a joint statement saying they recently discussed a possible deal, but are no longer continuing with those conversations after recent events.

Couche-Tard and Carrefour say they will figure out how they can collaborate around fuel, purchasing volumes and private labels.

They will also focus on partnerships that use innovation to improve the customer experience and optimize product distribution across their overlapping networks.

The opportunity for operational partnerships with Carrefour will further our journey towards becoming a leading global retailer. The discussed areas for cooperation align with our five-year strategic plan, as well as our commitment to strengthening our core convenience and fuel business and pursuing opportunities in multiple, related growth platforms.

"Building innovative partnerships is a key part of Carrefour's transformation strategy. The promising partnerships anticipated with North American leader Couche-Tard is fully aligned with this strategy, which has enabled us to return to a profitable growth path."

With a multi-format network of some 12,300 stores in more than 30 countries, the Carrefour Group is one of the world’s leading food retailers. Carrefour recorded gross sales of €80.7 billion in 2019. It has more than 320,000 employees who help to make Carrefour the world leader in the food transition for everyone, providing everybody with access to high-quality, affordable food every day, in all locations.

For more information, visit www.carrefour.com, or find us on Twitter (@GroupeCarrefour) and LinkedIn (Carrefour).

Couche-Tard is the leader in the Canadian convenience store industry, with a market cap of approximately C$46 billion as at January 12, 2021. In the United States, it is the largest independent convenience store operator in terms of the number of company-operated stores. In Europe, Couche–Tard is a leader in convenience store and road transportation fuel retail in the Scandinavian countries (Norway, Sweden and Denmark), in the Baltic countries (Estonia, Latvia and Lithuania), as well as in Ireland, and has an important presence in Poland.

For more information on Alimentation Couche-Tard Inc. or to consult its quarterly Consolidated Financial Statements and Management Discussion and Analysis, please visit: https://corpo.couchetard.com/.

Minister Mary Ng said in a statement Saturday that while the Canadian government was disappointed in news the takeover would not be proceeding, it was encouraged the two companies would continue to explore an operational partnership. 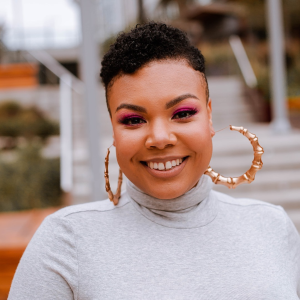 Kendra Leone is a staff writer for MTL+Ecommerce, covering Montreal and Quebec News. Kenda loves to stand out in a crowd. Her hair is never the same color and she loves her feminine, yet punk style. Kenda is passionate about art, feminism, culture and cinema. She studied anthropology and journalism before turning her attention to Ecommerce and Digital Marketing.

Kendra Leone is a staff writer for MTL+Ecommerce, covering Montreal and Quebec News. Kenda loves to stand out in a crowd. Her hair is never the same color and she loves her feminine, yet punk style. Kenda is passionate about art, feminism, culture and cinema. She studied anthropology and journalism before turning her attention to Ecommerce and Digital Marketing.
PrevPrevious ArticleChatbots : boost your sales quickly by 40% in 2020
Next ArticleTikTok for Business: a Game changer for Brands in 2021Next

It can be very tempting to only provide an email or contact form for visitors to reach you if they have questions. However, in this day
Read More